Our Associates and Partners

Building on our historical relationship with the Canadian Parliament and provincial legislatures, we involve acting and former parliamentarians and parliamentary staff in our international work. In addition, our roster of experts includes former elected officials and senior parliamentary staff, including former Clerks and Speakers of the Senate and House of Commons, as well as international experts with a wide range of expertise. 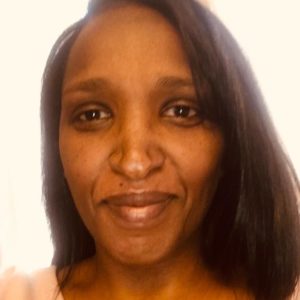 Hanan Abdulmalik is a senior international development expert with strong leadership, mentorship and relationship building skills. She has over 15 years of experience working on international governance projects.

Hanan’s relationship with the Parliamentary Centre started in 2003 when she managed the Centre’s support to the Ethiopian Parliament. She went on to establish and lead the Centre’s project to the National Assembly of the Republic of Sudan. Since her time at the centre, Hanan has worked with many international institutions including United Nations Development Programme, United Nations Economic Commission for Africa, West Minister Foundation for Democracy, National Democratic Institute, Government of Canada, World Bank and IGAD.

Hanan is passionate about Africa and believes strongly in the need for strong institutions as the cornerstone of a strong democracy and vibrant economy. 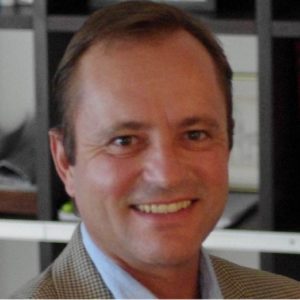 Carlo Binda started the Malta based partnership, Binda Consulting International Ltd., after ten years of international political and democracy development work in the Middle East and North Africa, Central and Eastern Europe, and West Africa. Working with political leaders to establish new governance systems and institutions, civil society activists to entrench a civic sense of duty, and utilizing technology as a means to ensure progress is not eroded, Carlo has deep experience building on a career began in Canada.

Carlo was seconded from the Government of Saskatchewan to work as the Manager of Intergovernmental Affairs for the Royal Commission on the Future of Health Care in Canada. While with the government of the Canadian province of Saskatchewan, he served as Special Advisor to the Premier. He also possesses election campaign and party organization experience at the municipal, provincial, and national levels with Canada’s New Democratic Party. Carlo has worked with members of parliament, government leadership, political activists, civil society advocates, and international donors in directing multi million dollar programs in Yemen, Kosovo, Nigeria, and Libya – with significant regional support of programs. 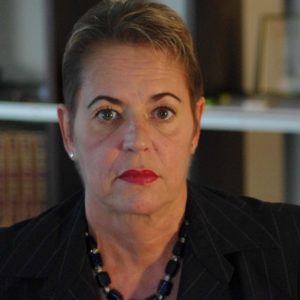 Francesca Binda is the President of Binda Consulting International (BCI), an international political and development consultancy, based in Malta. She is a veteran of several political transitions of the last twenty-five years, most significantly engaged in the Balkans and the Middle East. Whether as an implementer of policy for an intergovernmental organization or as an NGO activist, supporting local efforts to reform or as a contributor of new ideas at an international think tank, she developed substantial relationships with political change agents and is respected by political leaders in several countries. An expert on elections, parliament and political parties, Francesca has worked in over 30 countries, managing multi-million-dollar projects leading teams that delivered. Before beginning international work 25 years ago, Francesca worked in the Canadian House of Commons and was campaign director for a national environmental coalition. For three years she was a senior advisor to the first woman to lead a major political party in North America and has been, ever since, a passionate advocate for women’s political participation.

Francesca is a recipient of the Canada Peacekeeping Medal, in recognition of her work in the Balkans and is a founder of the Foundation for Global Human Dignity. She holds a degree in political science from Carleton University. 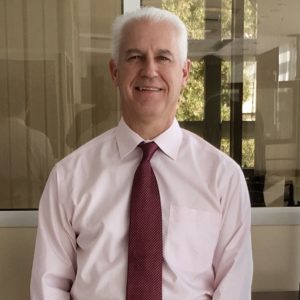 Marc Bosc joined the Parliamentary Centre as an Associate in September 2020. An accomplished parliamentary professional with over 30 years of experience with the House of Commons, he carried out the duties of Clerk of the House from 2014 to 2017 and is an expert in parliamentary governance, procedure and administration. Marc holds a B. Comm. and an M. A. in Public Administration from Carleton University. Marc has an established reputation and network as a leader among Clerks/Secretaries General of other parliaments worldwide.

Since his retirement from parliamentary service, Marc has provided expert consulting services to a number of parliaments in Africa and the Middle East. Marc is committed to assisting parliaments as they strive to strengthen their governance structures and administrative independence. 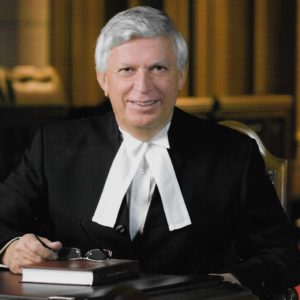 Paul C. Belisle is a consultant specializing in the field of parliamentary corporate governance and on matters of rules, procedures and practices relevant to the effective functioning of the houses of parliaments and their committees.

He has spent 50 years working with parliaments. Thirty-nine years as an official in the Senate of Canada, Paul was, for sixteen years, Clerk (Secretary General) of the Senate and Clerk of the Parliaments in Canada, leading a team of over 500 employees. For the past ten years, he has worked as a consultant leading international seminars and working groups on the provision of resources and services to Parliaments to enhance democracy in many countries, including Bangladesh, Bénin, Cambodia, Fiji, Ivory Coast, Jamaica, Myanmar, Nigeria Togo and Armenia.

He is an honorary officer of the Parliament of Canada and of the Canadian Society of Clerks-at-the-Table and a recipient of prestigious awards of recognition, including the Queen Elizabeth 2nd Diamond Jubilee Medal, the Golden Jubilee Medal, L’Ordre de la Pléiade and the 125th Anniversary of the Confederation of Canada Medal.

Kevin Deveaux is a Canadian Barrister and senior international expert in the field of democratic governance, with a specific focus on parliamentary development, political party assistance, transparency, women’s political empowerment, and political transition. His work globally has resulted in a skill set that makes him one of the foremost experts in political reform, citizen accountability, inclusivity and the role of political parties and parliaments in domestic accountability.

Kevin Deveaux has extensive experience in formulating, implementing and evaluating development projects within the UN, EU, USAID, DFID, GAC, SDC and other systems. He has also managed multi-million dollar programmes. 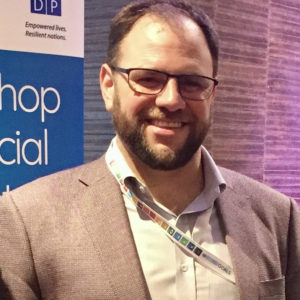 Geoff Dubrow is a consultant with 20 years’ experience strengthening the nexus between parliamentary oversight and Public Financial Management (PFM). 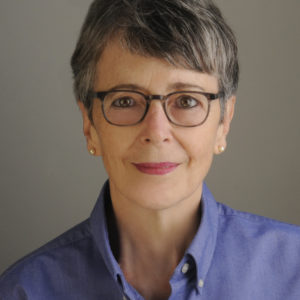 Laurenne Garneau is a gender equality and social inclusion specialist with 25 years of experience promoting gender equality and women’s economic empowerment in sectors such as agriculture, renewable and non-renewable natural resources management, entrepreneurship and trade. Her innovative work in Canada and abroad has resulted in better policies and programs that support the ability of women to develop their agency, defend their rights and take part in decision making in both the private and public spheres.

Laurenne represented Canada as Head of Development Cooperation in both Myanmar and the Philippines. She also led the environment and development portfolio while posted to Indonesia. Laurenne’s international work has also taken her to Central and South America, Cuba, Haiti, Tunisia, Egypt and Francophone Africa.

In 2017, she began her work as an independent professional specializing in the issues of gender equality and social inclusion. She brings proven approaches and innovation to projects and policy-making and also contributes to the strategic positioning of organizations on gender equality. The Forum of Federations, Right to Play, the Parliamentary Centre and Développement Desjardins International are among the organizations Laurenne had the privilege to recently work with. 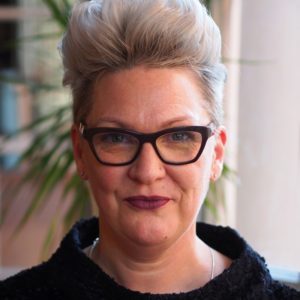 After twenty years as an international democracy development practitioner, Stephanie Lynn returned to Canada in 2016, joining Strategic Communications (Stratcom) to head up its Vancouver office and the company’s Research & Engagement services in western Canada. Now a Vice President responsible for its Research & Engagement work across Canada – and with clients in Asia and the UK – Stephanie moderates focus groups, designs and delivers polling and large-scale engagement campaigns and provides public speaking and message training for clients at all three levels of elected office, unions, advocacy organizations and charities.

Building on her legacy leading in-country programs for Democracy International and the National Democratic Institute, Stephanie continues to provide expert training and advising to democracy practitioners through the Parliamentary Centre, the Westminster Foundation for Democracy and the Danish Institute for Parties & Democracy. Prior to her work abroad, Stephanie served for seven years as an organizer for the BC New Democratic Party and as an Order-in-Council appointment with the BC Minister of Finance and Minister of Health. She is an active member of the NDP today.

Stephanie holds a Certificate in Systems Thinking from Cornell University and a BA (Hons) in Anthropology from the University of British Columbia. 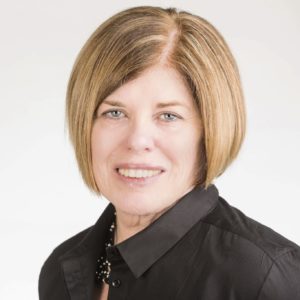 Elizabeth Weir is a senior international expert with extensive experience training parliamentarians, political party activists, and candidates. As a trainer and conference speaker, she has worked in a wide range of transitional and post-conflict democracies in Central and East Asia, the Balkans, East, West and North Africa, the South Pacific and Northern Ireland.

A former parliamentarian, senior government official, and political party leader, Weir brings an exceptional range of experience to her work as a trainer. She is an expert on gender-sensitive parliaments and internal structures for gender equality in political parties. Her election experience consists of participation in five international election observation missions, including as a member of the leadership team for the 2013 Jordanian election. In 2014, Weir received accreditation as a Parliamentary Development Advisor for UNDP’s Roster of Experts in Parliamentary Development.

We develop our activities in close cooperation with partner organizations to strengthen the intercultural sensitivity of our support to the local communities. Over the years, we have developed many partnerships that have contributed greatly to the success of our programs. You will find below a list of our most recent partners.