Women and the War to Defend Ukraine and Democracy

Women and the War to Defend Ukraine and Democracy 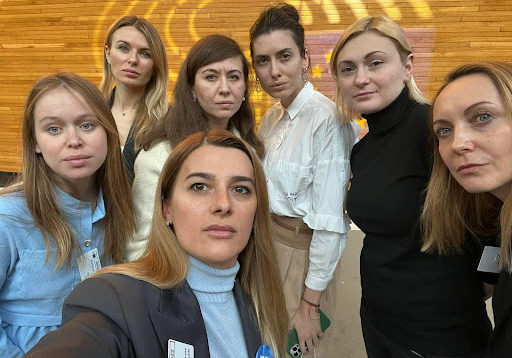 With the unprecedented Russian aggression, Ukrainian women took up new roles in defending their lives, the lives of others and their and Ukraine’s democracy.

While many women have sought refuge outside of Ukraine to save their lives and the lives of their children. Millions have stayed behind to protect their country. Women legislators, soldiers, human rights defenders, journalists, artists, and civil society activists are crucial to Ukraine’s victory.

Women are not only victims of the war. They are at the forefront of defending their country, telling its story, advocating for change, and defending the institutions of democracy that Ukraine will rely on in the future.

The Parliamentary Centre, in partnership with our Ukrainian civic partner, the Agency for Legislative Initiatives, supports these courageous women through our Parliamentary Accountability for the Security Sector (PASS) Ukraine project.

These are some of their stories. 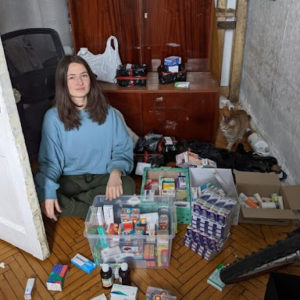 Tatiana decided to stay in Kharkiv when Russia’s unprovoked war against Ukraine started. Along with her friends she organized a volunteer group to begin distributing food, medicine, and hygiene products to local residents. Their initiative helped countless people in Kharkiv to survive.

The Frontline for Women in Combat 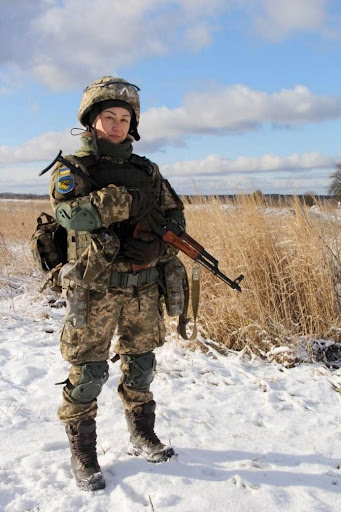 On March 3, 48-year-old Olga Semydianova died in battle. She had been a participant in hostilities in the Donetsk region since 2014. Olga was the mother of 6 natural, and 6 adopted children. Today, her husband and her family are protecting Ukraine from Russian aggression in various regions of Ukraine. Her daughter states, “My mom has received many awards for courage, heroism, and professionalism. The last one was the Order of Honor and Glory, she was so proud of it. You know, my mother rarely left the hot spots, because above all she wanted to do was help people.”

In 2021 it was estimated that 30,000 women were members of the armed forces representing 15% of all active duty personnel.  This number has grown considerably since hostilities started. 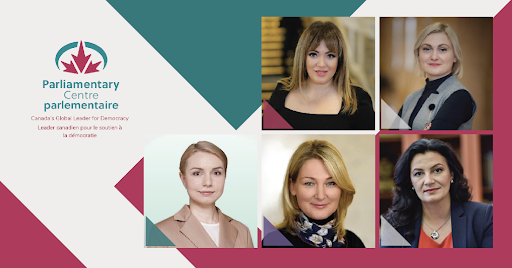 Ten women MPs from Ukraine’s political parties formed the Women’s Diplomatic Battalion to advocate for international support to defend Ukraine and its goal of EuroAtlantic integration.

On April 1, 5 of their members visited Canada with the support of the Parliamentary Centre. These legislators held a series of high-level meetings with the Prime Minister, Cabinet Ministers, parliamentarians, the Ambassador for Women, Peace and Security, senior GAC officials, CSOs and the media to recognize Canada’s support and appeal for more aid.

The MPs stressed the importance of the toll that the Russian invasion is having on Ukrainian women. In particular, noting that the sexual violence is one of many among the war crimes committed by Russian soldiers. “They are killing our children, raping our women; they are destroying and damaging our hospitals,” remarked MP Maria Ionova, member of the Committee on Foreign Policy and Interparliamentary Cooperation.

Atrocities and alleged war crimes are being documented by another innovative women-led initiative. Around 120 volunteers consisting of mostly women and mothers, called Dattalion, have created the largest independent public database of photo and video footage from the frontlines of Russia’s war against Ukraine.

The imagery is reviewed, cataloged, and made available to journalists, international organizations and various Ukrainian government bodies. Using this imagery allows these institutions to inform, advocate, and take action on seeking justice.