From March 31-April 4, 2014, the Parliamentary Centre hosted a twenty-member parliamentary delegation from Nigeria, which included members from the Nigerian Senate, the Nigerian House of Representatives, the Federal Inland Revenue Service (FIRS) of Nigeria and Federal High Court of Nigeria. The delegation took part in the second round of a certified Professional Development Training Course on the Canadian Tax System and its administration, offered by the Centre in collaboration with Carleton University’s Centre for Governance and Public Management.

The delegates explored a variety of topics related to taxation, including a general overview of the tax system in comparison to other countries with established tax systems, an exploration of different independent revenue generating agencies, effective tax collection mechanisms and practical ways of successfully curbing tax evasion and avoidance, an exploration of value added taxes in Canada, an introduction to resource taxation at all levels of government, the nature of tax disputes and the intervention of the Tax Court of Canada, an analysis of the informal tax sector, and the relationship between tax institutions and the Canadian Parliament.

They had the special opportunity to meet with some high-level key players in Canada’s Tax system, including representatives from the Centre for Governance and Public Management at Carleton University, the Canadian Taxpayers Federation, the Canada Revenue Agency, Finance Canada, the House of Commons Finance Committee, the Tax Court of Canada, the Department of Foreign Affairs and Trade Development, and the City of Ottawa. The delegates also had the opportunity to sit in and observe Question Period in the House of Commons. 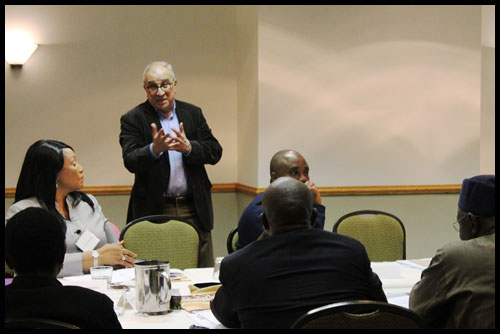 The delegation is given an introduction to the Canadian Tax System from Dr. Allan Maslove, Distinguished Research Professor Emeritus from the School of Public Policy & Administration at Carleton University. 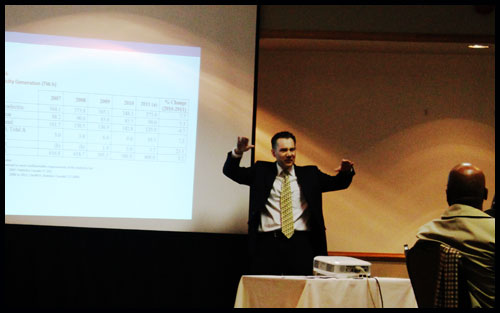 Dr. Stephan Schott, an Associate Professor with the School of Public Policy & Administration at Carleton University speaks to the delegation about Resource Taxation.

The delegation with Jean-Paul Ruszkowski from the Parliamentary Centre, and Mr. Gregory Thomas from the Canadian Taxpayers Federation. 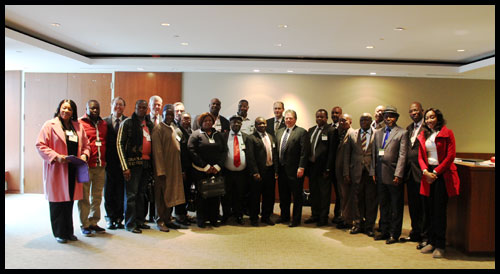 The delegation meets with the House of Commons Finance Committee, to discuss the Committee’s role in structuring Canada’s revenue system. 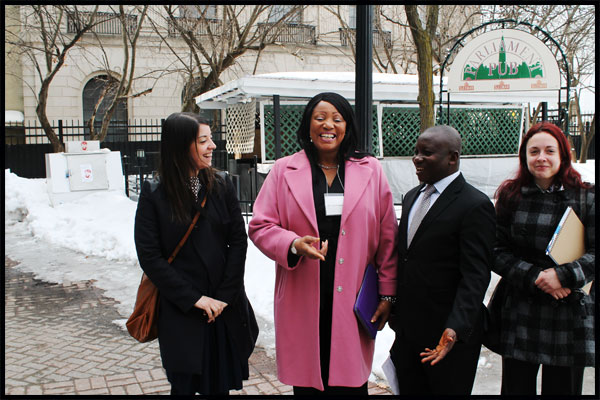 Pictures with the Canadian snow. 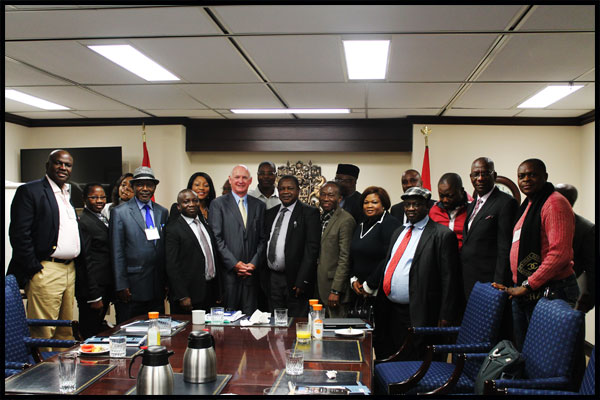 The delegation visits Mr. Eugene Rossiter, the Associate Chief Judge of the Tax Court of Canada, to learn about the judicial oversight of taxation. 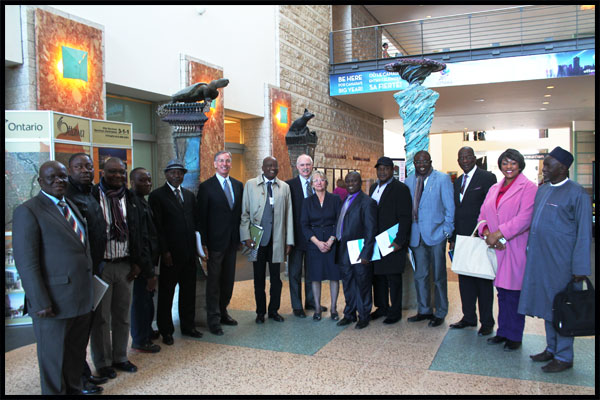 The delegation meets with represenatives from the City of Ottawa to learn about Municipal taxation, specifically in the area of property tax. 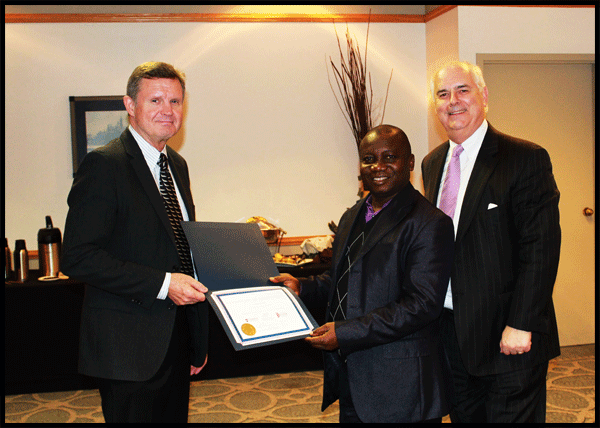 The Chair of the Nigerian Delegation, Clever Marcus Ikisikpo receives his certificate, honoring his successful completion of the course on Canadian tax policy and administration.

At the end of the week, delegates were impressed with the material they had consumed, admitting they would be returning to Nigeria with a newfound understanding of Canada and its intricate system of taxation. With a deeper grasp of how a successful taxation system functions, there remains hope the Nigerian parliamentary delegates will find ways of implementing many of the elements and ideas learned during their stay in Canada.

A third study visit is scheduled to take place from April 26th to May 2nd, 2014, when another delegation will explore these aspects further.

The world is evolving, and citizens in developing countries are beginning to see how parliaments and legislatures can be the key to shifting power from the single ruler to a broader group of elected representatives. At the Centre, we are always receiving demands from countries across the world to work with their leaders, engage their citizens and help them develop a stronger Parliament. But the funds to do this work aren’t always easily accessible. If you think like us, and believe that true democratic reform comes from strong and noble leaders, then click here and find out how you can help.