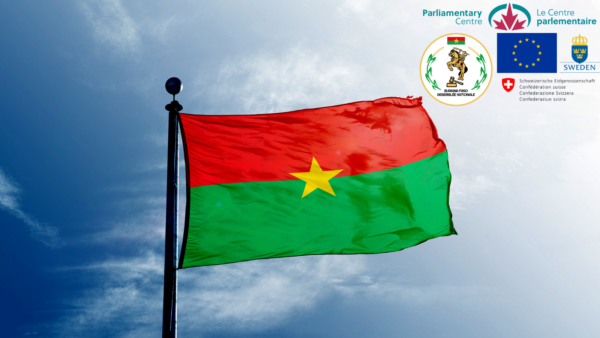 The Parliamentary Centre’s work in Burkina Faso began following the insurrection in 2014, during which the National Assembly was burned down alongside many other critical institutions. The transitional parliament that emerged needed support re-establishing itself as a transparent and inclusive democratic body. Through PADEB (Projet d’appui à la démocratie au Burkina Faso), we worked extensively with the National Assembly to bring parliamentarians closer to their constituents and to draft a strategic plan to help guide parliamentarians through reconstruction.

PROCAB (Programme commun d’appui à l’Assemblée nationale du Burkina) is our most recent project in the country, picking up on the legacy of PADEB. Through it, we are fostering inclusion, modernizing parliamentary administration, and strengthening key oversight committees. Simply put, we are working to ensure the National Assembly is capable, accountable and inclusive.

That said, this year has not been without obstacles. After the November 22, 2020 election, the National Assembly saw an almost 80% turnover rate, presenting both challenges and opportunities for the project. Orientation of this new group of legislators will be key to ensure the progress made under the last parliament is not lost.

What’s more, this election saw the overall number of women in the national assembly drop from 13% to 6%, making an already troubling situation worse.  This is despite proactive efforts such as the support we provided for a bill in favour of gender quotas in parliament that unfortunately did not pass. At a time when women in Burkina Faso are most affected by the pandemic, their perspectives,  knowledge and experiences won’t be heard in the National Assembly. We will have to work closely with those women that have been elected and continue to encourage gender-inclusive decision making in the parliament. We will continue to work with key stakeholders to identify and overcome obstacles to ensure that responses and recovery efforts benefit from the strengths women bring to the table.

COVID-19 has exacerbated existing security concerns that prevented MPs from reaching some parts of the country. To better connect representatives to their constituencies, we utilized interactive TV and radio programming in local languages, and helped provide MPs with technology to engage with constituents on issues such as intercommunal tensions and land access challenges. In total, we helped produce 18 interactive Radio Programs surrounding women’s political participation and parliamentary life, in addition to 8 interactive TV programs. We also refurbished the National Assembly’s website. This has helped ensure everyone has the chance to make their voices heard, even during the pandemic. 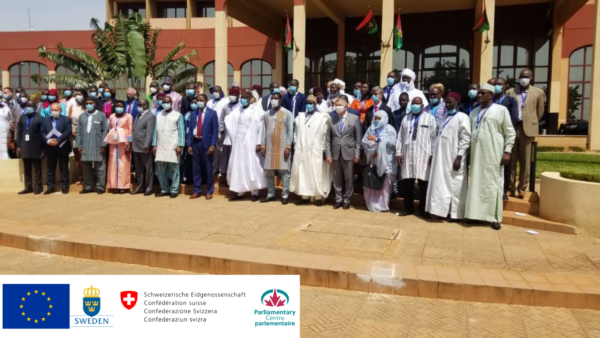 In the coming months, we look forward to bringing the following programming to life:

We will work with Burkinabe Parliamentarians to examine the quality of laws passed by the National Assembly. The goal is to examine how the laws have been implemented with feedback from government and citizens, determine if they are still fit for purpose and where necessary, propose amendments or suggested improvements that will allow laws to better reflect the needs of citizens and the laws’ original intent.

The 2015-2020 Strategic Plan provided an anchor for many key decisions made by parliament and served as a reference for many of our own efforts to support the National Assembly. As the strategic plan reaches the end of its scope, it is time to assess how the 2015 plan impacted Parliament and prepare for the drafting of a new one to assist the 8th Parliament and its leadership.

3. Preparation of a Compendium of Laws Passed in the 7th Legislature

With so many new representatives coming to the National Assembly as part of the 8th session of the National Assembly, it will be essential to prepare a compendium of laws for new MPs to guide the creation of legislation, to ensure no new laws contradict previously existing ones and avoid redundancies.

4. Preparation of Legacy Reports (on the work of Committees) to be passed on to the new Legislature.

These reports will document the achievements, challenges and lessons learned by the Committees of the 7th Parliament. They will be passed on to the 8th Parliament and serve as guides and reference materials as the new Committees begin their tenure.

PROCAB is funded by the European Union, Sweden, and Switzerland.

Return to the Infobrief

To learn more about the themes touched on above and other topics important to inclusive democracy, follow us on social media (links below) and subscribe to our infobrief.