The Parliamentary Centre welcomes Kerry Buck, Anne McGrath and Marci Surkes to the Board 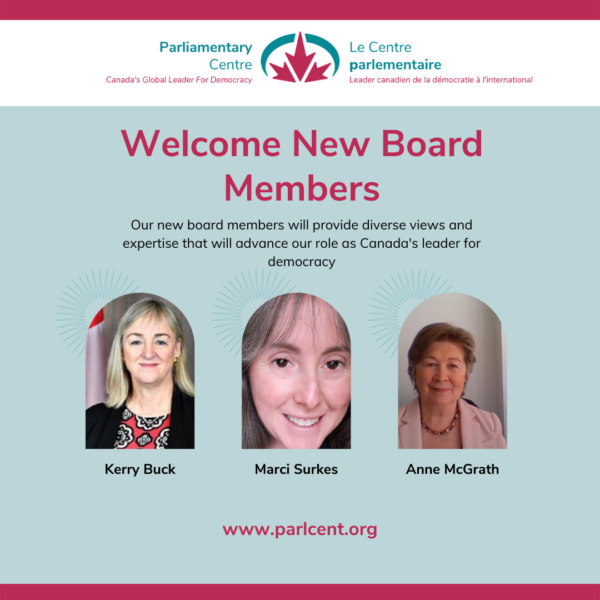 The Parliamentary Centre congratulates Kerry Buck, Anne McGrath and Marci Surkes on joining our Board of Directors. Together, their combined experience and expertise will advance our role as Canada’s leader for democracy.

The Board members bring diverse lived and professional experience to our organization, including leadership in a variety of areas of government, political parties, and diplomacy. The members have extensive international and domestic experience and will bring important knowledge and perspective to the ongoing development of democracy assistance around the world.

The Parliamentary Centre would also like to thank the outgoing members of the board for their dedication and guidance: Fen Hampson, David Goldfield and Hélène Laverdière. During the March 2022 Annual General Meeting, the Board recognized the service of all three members. Fen Hampson, the Centre’s longest serving Board Member, was awarded the role of Director Emeritus for his long-standing commitment to the Centre.

Tags: board of directors